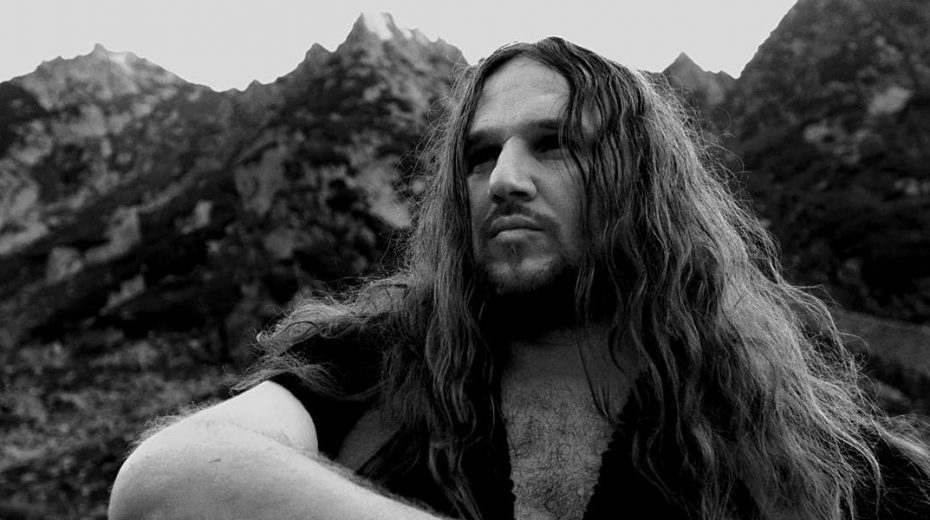 In the early 2.000s some readers of my fanzine made me aware of a band from Romania which I should lend my ears. A friend and fanzine writer even told me that if there was only one band he would be allowed to present me, it must be Negura Bunget. Thus I gave „’n crugu bradului“ a listen – and found myself immediately spellbound. There it was again: The mysticism, the atmosphere, the tension, the nature-inspired darkness – everything which many of the Norwegian black metal pioneers of the 2nd wave had already lost when they had gotten caught in the webs of „professionalism“ and „commercial success“. The „Vazduh“ video clip from those days remains the best in this „off to the woods and mountains style“ of black metal. In 2004, when I did a ten page cover story with Negru for the 10th issue of my Mørkeskye fanzine, I got the permission to include this awe-inspiring song on the magazine compilation – I’m eternally grateful for that gesture and for all the efforts Negru had put in his answers for the interview, a. o. including a handwritten piece that I used for the layout.

It was the same year that I saw the band live for the first time on its „Shadows from the East“ tour on April 23rd in Troisdorf in a youth centre. There I talked face to face with the drummer for the first time – as far as that was possible: His „approach“ was kind, modest and even shy – there was a soft laughter on his face when I told him how much his band’s music moved me, but he didn’t talk much to me, which was a big contrast to his back then long and personal emails. Three years later my Prophecy colleagues and I met the band in Bonn to consider a cooperation. In the meantime, I had contributed some articles to an issue of Negru’s ambitious and open-minded Negura Magazine which unfortunately never got printed. Sometimes it seemed to me as if his ideas outnumbered the realizable projects by far, but that he never lost his remarkably calm appearance, even when others obviously turned mad at him. It is with guilty conscience that I read about „his short-living folk project Din Brad, which will probably always be one of the hidden gems in the Prophecy catalogue“ today – and that I never closely listened to so far. I will take the time to do so.

Last time Negru and I were in touch was some months ago, when I sent him a reply on a Negura Bunget newsletter and told him it’s been long since we met and talked, but that I just wanted to let him know that his newsletters were still special to me with their contents beyond the common promotional gossip. I wanted to give him an echo and let him know that even after years of silence I still appreciated his unique ideas. He answered me kindly, just as I knew him. Now there is silence again, even when his music remains a legacy many thousands of listeners will keep as a treasure of outstanding music. And „Silence“ is a poem by Lucian Blaga – a poet Negru had introduced me to and whose poetry has been a silent and powerful companion since then – which might reflect some of the ideas which Negru took up and weaved into his own art and his lively visions of Romanian folklore. I guess the great majority of listeners (like me) don’t understand the Romanian language, nevertheless many of us felt and still feel touched by the music which was and is a universal language – which wonderfully enough is no contradiction to its unique roots in the landscapes, tradition and hearts of living human beings who care about life.

„Affecting people perspective was always one of our main goals with Negura Bunget“, Negru told me in 2007. „But we don’t have that specific targets… it’s more of a general thing. If you listen and start to wonder on your own about a spiritual matter, that’s the first step… And of course we are not here to offer answers, but rather make people ask the questions and find the answers on their own.“

Negru was different and made a difference. As a friend just wrote: „A sad day for Negura Bunget, and for the nature-inspired metal scene in general.“ Rest in peace.